today I really got a strange dream and I’m thinking about what this dream/my unconsciousness wanted to tell. I think I got the message but see for yourself and maybe leave a comment.

Well it started in a town where I have been sometime before in my dreams. I followed a friend of mine a house. When I entered the building I saw normal stairways, my friend walked so fast it was hard to follow. After a few steps the surrounding changed, it looked like in Harry Potter, stairways in all direction, no gravity. My friend did some parkour moves and left me. I somehow was then sitting on the windowsill and could look down. I would have been fallen down when I moved and who knows where that would have ended.
So I looked down and saw a brown bear, also afraid of falling down. I couldn’t move, but I shouted something like “It’s OK. You’re not falling down.”, he looked up and saw me. A path opened so the bear could walk to my windowsill. I got a bit afraid because he was still a predator. But I just surrendered and allowed him to come to me. He came near and I petted him. His color then turned white the moment I touched him. Everything changed and the environment disappeared.

I found myself then sitting in a speedboat. I was not alone. I still know that there was a female person with me. We could see the ocean from the glass window inside of the boat. We were moving very fast but then the time kind of stopped, like in a blurring motion we were still moving. Two Dolphins appeared and also came near. It looked like they were smiling, open hearted and happy. Then I saw something dark in the water it looked like blood or oil, some dark fluid in the water below us but we were leaving that behind and it got thinner and thinner.

We landed on an island. The girl told me to go ahead.

I agreed and then I let me drive in a direction. But then I noticed I didn’t know where we were heading to. So I left the car, thanked the driver and started to walk back. The environment looked like it was colonized by the US and Russia and they were allies, everywhere was military crates filled with weapons. I came through a village and I saw a dog barking at me and then starting to running towards me I was kind of scared then, but the dog just ran by and passed without really noticing me. Than I saw some little black bears, which were hold as pets or something like that.

I then moved on and saw a bunch of people surrounding a strange object/machine. There were two people presenting that object. So I got closer to take a better view of it. They saw that I was new, told me that the object could change my behavior and the only thing I had to do was looking in the light that was coming out of it. It could change positively or negatively. They thought I would not believe them and wanted me to try that out but I told them I know that it would work. But I didn’t want myself to be changed that way. I also told them that I think it only is working on people because of the way we perceive things and how our brain works. 90% of our perception is perceived through our eyes so no wounder that would affect us.

Then a new person appeared and told me that he is trying to sabotage them so that they are not using this machine anymore. But they are repairing it faster and faster everytime he sabotages it. So I was tangled between two lines. I was in the centre or maybe I’am the centre.

I’m sure it’s kind of confusing hope you find it still interesting, because I do.

“Remember that sometimes not getting what you want is a wonderful stroke of luck.” Dalai Lama XIV 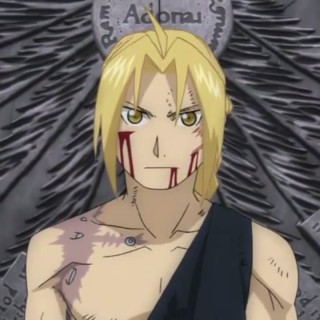 Greetings people full of mind and feelings wishing you all a warmth welcome. brealche here, 22 years old, male and living on earth. I'm a freethinker in process of creating, evolving and learning, changing perception, sharing, loving and expressing myself more. “Every intelligent individual wants to know what makes him tick, and yet is at once fascinated and frustrated by the fact that oneself is the most difficult of all things to know.” ― Alan W. Watts